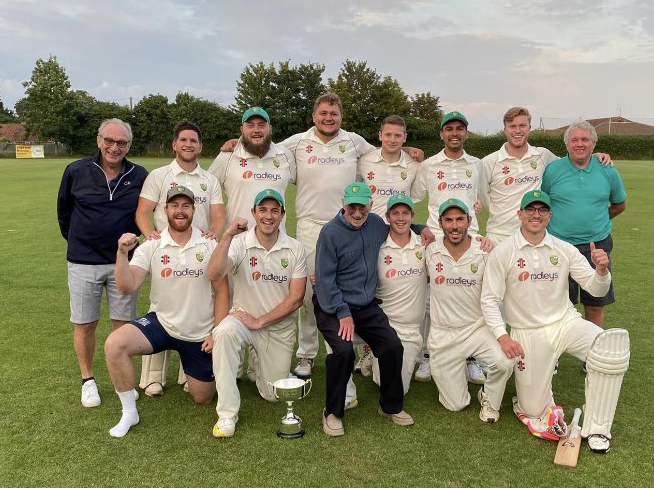 Many congratulations to Farnham CC for winning the 2021 Tees Herts & Essex League Cup. They won thrilling final, played in front of lots of spectators at Hockerill CC. Chasing Matching Green’s 168, Farnham reached 170 with an over to spare.

In the Tees HEBL Shield final played at the same venue on the same night, Lion Hawks batting first, scored an impressive 240 which Matching Green 2nd XI couldn’t quite muster as they were dismissed for 194.

Both trophies were awarded by Ashton Hunt, Group MD at Tees.

Many thanks to everyone at Hockerill CC for being excellent hosts.