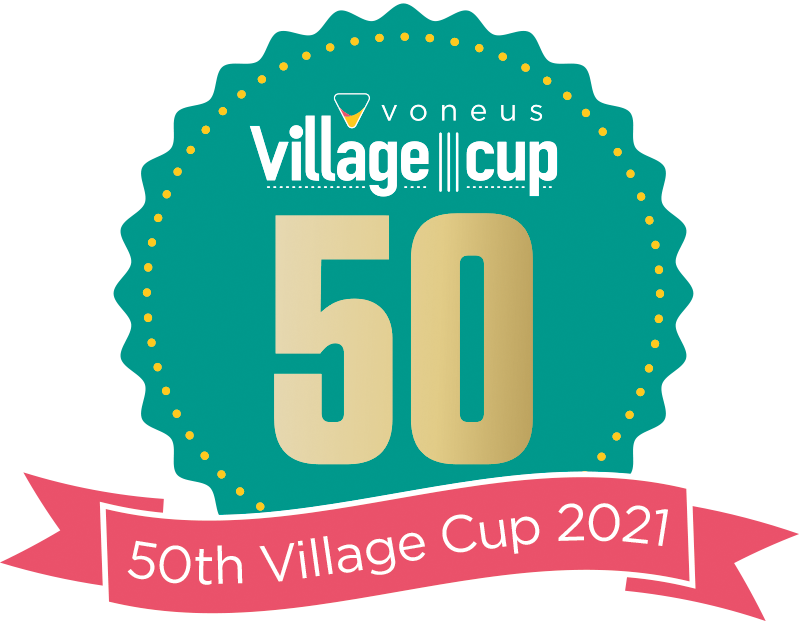 Matching Green claimed another Essex League scalp when they defeated Horndon-on-the-hill by 58 runs in the 2nd round of the Voneus Village Cup (Essex & Suffolk) yesterday (9th May 2021).

When home skipper Riz Akram won the toss he elected to bat on a pitch that looked dry considering the amount of rain that had fallen just 24 hours earlier. It looked a wise decision as the two Matching openers started well. Akram was the first to fall, after looking well set on 15, leg before to Morgan-James. Steve Ward, trying to maintain the excellent start, was bowled by Hammond for 27 and as Liversidge was adjudged lbw to Morgan-James with an adventurous heave across the line, Matching looked in trouble at 45 for 3. With big hitting Dan Sibley going soon after for a swift 14 Matching’s inning was faltering.

An assured knock of 28 from youngster Olly Hartnell, batting alongside the experienced Jason Green steadied the Matching innings. Green was joined by Simon Hartnell and another mid-inning partnership held the innings together. Green with 44 and Hartnell snr with 24 had brought the innings around and with some good later order batting from Graeme Bowerman and Gaj Gohel, Matching ensured to score went over 200. 204 seemed par of even below par score at the break.

After loosing Walsh in the second over to Jonny Taylor for 6, the Horndon pair of Stone and Plom looked comfortable against Matching’s seam attack and Horndon went about their work at a steady 5 an over. A wicket was sorely required and on 66 Matty Taylor bowled Stone for a fine 40. When Bennett came in he too looked comfortable at the crease. With runs beginning to look easy, Bennett then clipped Matty Taylor to his brother Jonny at deep square and it was well and truly game on.

The introduction of spin is often a key moment in a match and Matching captain’s timing to bring on left armer Simon Hartnell and off-spinner Dan Sibley was spot on. Hartnell’s left arm round spin looked slightly less effective than Sibley’s orthodox off-breaks. Sibley went on to rip out the Horndon middle order finishing with an excellent 5 for 19 from his 8 overs and claiming a well-earned man-of-the-match.

Horndon had no answer to Sibley and when Akram and Green came on their innings collapsed at 150 all out. No. 3 R Plom finished on 46 not out having run out of partners.

A fine victory by Herts & Essex Border League side Matching Green and they progress to the third round when they travel to Worlington (Suffolk) on Sunday 23rd May. 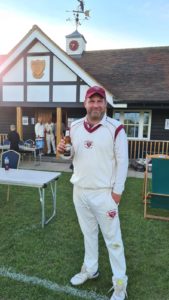 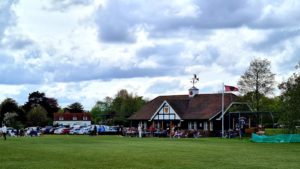 View the full result at https://matchinggreen.play-cricket.com/website/results/4892700